Twombly was born in Lexington, Virginia. From 1947 to 1949 he studied at the School of the Museum of Fine Arts, Boston, at Washington and Lee University in Lexington, and at the Art Students League in New York from 1950 to 1951. There, he met Robert Rauschenberg who encouraged him to attend Black Mountain College, near Asheville, North Carolina, where he met John Cage. In 1951 and 1952, he studied there under Franz Kline, Robert Motherwell, and Ben Shahn.

The Kootz Gallery, New York, organized his first solo exhibition in 1951. At this time, his work was influenced by Kline's black-and-white gestural expressionism, as well as Paul Klee's imagery. In 1952, Twombly received a grant from the Virginia Museum of Fine Arts that enabled him to travel to North Africa, Spain, Italy, and France.

Upon his return in 1953, Twombly served in the army as a cryptologist, and this left a distinct mark on his style. From 1955 to 1959, he worked in New York, where he became a prominent figure among a group of artists including Robert Rauschenberg and Jasper Johns. In 1959, Twombly went to Italy and settled permanently in Rome. It was during this period that he began to create his first abstract sculptures, which, although varied in shape and material, were always coated with white paint. In Italy, he began to work on a larger scale and distanced himself from his former expressionist imagery.

Twombly is best known for blurring the line between drawing and painting. Many of his paintings are reminiscent of a school blackboard someone has practiced cursive "e's" on, or hundreds of years of bathroom graffiti on a wall. Twombly had at this point done away with painting a representational subject matter, citing the line or smudge, each mark with its own history, as its own subject. Later, many of his paintings and works on paper move into "romantic symbolism", as titles can be visually interpreted through shapes and forms and words. Twombly often quoted the poet Stephane Mallarme, as well as countless myths and allegories in his works. Examples of this are his famous work Apollo And The Artist, or a series of eight drawings consisting solely of the word "VIRGIL".

Twombly was invited to exhibit his work at the Venice Biennale in 1964. In 1968, the Milwaukee Art Center mounted the first retrospective of his art. The artist has also been honored by retrospectives at the Kunsthaus Zürich in 1987, the Musée National d'Art Moderne, Paris, in 1988, and the Museum of Modern Art, New York, in 1994, with additional venues in Houston, Texas, Los Angeles, and Berlin. The Cy Twombly Gallery of the Menil Collection in Houston, which was designed by Renzo Piano and opened in 1995, houses more than thirty of Twombly's paintings, sculptures, and works on paper, dating from 1953 to 1994. A large collection of Twombly's work is also kept by the Pinakothek der Moderne in Munich. In 2007, an exhibition of Twombly's last paintings "Blooming, a scattering of Blossoms and other Things", and other works on paper from gallerist Yvon Lambert's collection is visible (June to September) in Avignon (France) at the Lambert Foundation (Hôtel de Caumont) .

On July 19, 2007, police arrested artist Rindy Sam after she kissed one panel of Twombly's triptych Phaedrus. The panel was an all-white canvas, and was smudged by Sam's red lipstick. She is to be tried in a court in Avignon in October for "voluntary degradation of a work of art". Sam defended her gesture to the court: "J'ai fait juste un bisou. C'est un geste d'amour, quand je l'ai embrassé, je n'ai pas réfléchi, je pensais que l'artiste, il aurait compris... Ce geste était un acte artistique provoqué par le pouvoir de l'art" ("All I did was a kiss. It's a gesture of love, when I kissed, I wasn't thinking, I thought that the artist would've understood... This gesture was an artistic act provoked by the power of Art"). The prosecution calls it "A sort of cannibalism, or parasitism", while admitting that she is "visibly not conscious of what she has done"; asks that she be fined 4500 euros, compelled to an assorted penalty, and to attend citizenship classes. The artwork, which is worth an estimated $2 million, was on display at the Museum of Contemporary Art in Avignon.

Twombly lives in Lexington and Italy. 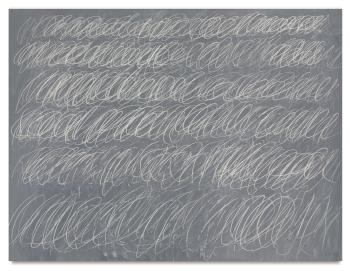 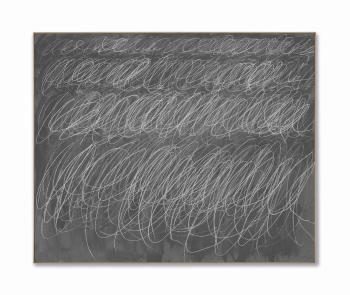 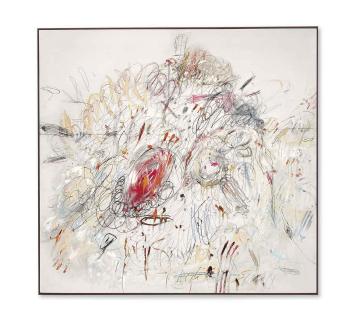 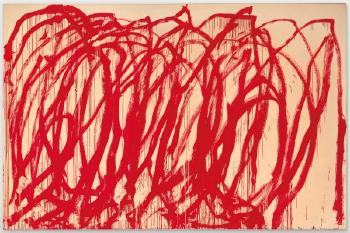 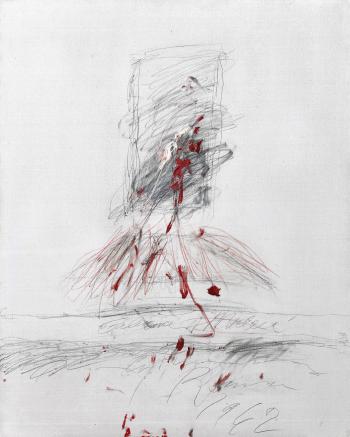 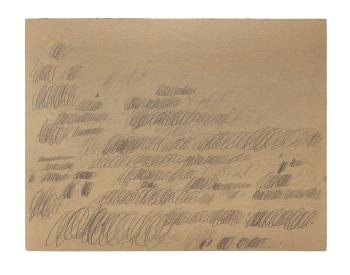 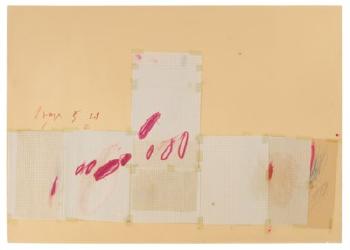 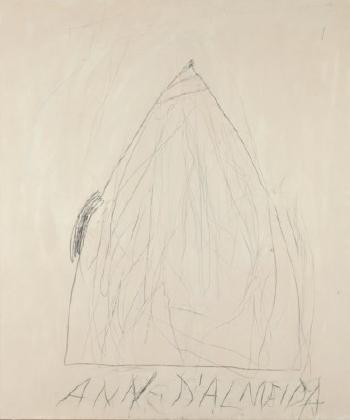 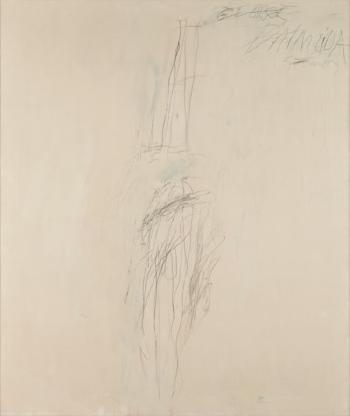 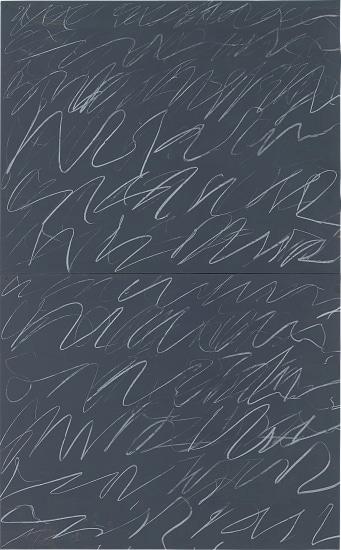