Donald Clarence Judd (June 3, 1928 - February 12, 1994) was a minimalist artist (a term he stridently disavowed) whose work sought autonomy and clarity for the constructed object and the space created by it, ultimately achieving a rigorously democratic presentation without compositional hierarchy. It created an outpouring of seemingly effervescent structure without the rigor associated with minimalism proper.

Judd was born in Excelsior Springs, Missouri. He served in the Army from 1946-1947 as an engineer and then began his studies in philosophy 1948 at the College of William and Mary, later transferring to Columbia University School of General Studies. At Columbia, he earned a degree in philosophy and worked towards a master's in art history under Rudolf Wittkower and Meyer Shapiro. While at Columbia he attended night classes at the Arts Students League in New York City. He supported himself by writing art criticism for major American art magazines; his writing, like his art, was direct, forceful, controversial and influential.

His first solo exhibition, of expressionist paintings, opened in New York in 1957. His artistic style soon moved away from illusory media and embraced constructions in which materiality was central to the work. Humble materials such as metals, industrial plywood, concrete and color-impregnated Plexiglas became staples of his career. Most of his output was in freestanding "specific objects" (the name of his seminal essay of 1964), that used simple, often repeated forms to explore space and the use of space. In this essay, Judd found a starting point for a new territory for American art, and a simultaneous rejection of residual inherited European artistic values. He pointed to evidence of this development in the works of an array of artists active in New York at the time, including Jasper Johns, Dan Flavin and Lee Bontecou. Of "preliminary" importance for Judd was the work of George Ortman[1], who had concretized and distilled painting's forms into blunt, tough, philosophically charged geometries. These Specific Objects inhabited a space not then comfortably classifiable as either painting or sculpture. That the categorical identity of such objects was itself in question, and that they avoided easy association with well-worn and over-familiar conventions, was a part of their value for Judd. In 1968 the Whitney Museum of American Art staged a retrospective of his work which included none of his early paintings.

In 1968 Judd bought a five-story building in New York that allowed him to start placing his work in a more permanent manner than was possible in gallery or museum shows. This would later lead him to push for permanent installations for his work and that of others, as he believed that temporary exhibitions, being designed by curators for the public, placed the art itself in the background, ultimately degrading it due to incompetency or incomprehension. This would become a major preoccupation as the idea of permanent installation grew in importance and his distaste for the art world grew in equal proportion.

Throughout the 1970s and 1980s he produced radical work that eschewed the classical European ideals of representational sculpture. Judd believed that art should not represent anything, that it should unequivocally stand on its own and simply exist. During the seventies he started making room sized installations that made the spaces themselves his playground and the viewing of his art a visceral, physical experience. His aesthetic followed his own strict rules against illusion and falsity, producing work that was clear, strong and definite. As he grew older he also worked with furniture, design, and architecture.

In the early seventies Judd started making annual trips to Baja California with his family. He was very affected by the clean, empty desert and this strong attachment to the land would remain with him for the rest of his life. In 1971 he rented a house in Marfa, Texas as an antidote to the hectic New York art world. From this humble house he would later buy numerous buildings and a 60,000 acre (243 km²) ranch, almost all carefully restored to his exacting standards. These properties and his building in New York are now maintained by the Judd Foundation.

In 1976 he served as Baldwin Professor at Oberlin College in Ohio. Beginning in 1983, he lectured at universities across the United States, Europe and Asia on both art and its relationship to architecture.

In 1979, with help from the Dia Art Foundation, Judd purchased a 340 acre (1.4 km²) tract of desert land near Marfa, Texas which included the abandoned buildings of the former U.S. Army Fort D. A. Russell. The Chinati Foundation opened on the site in 1986 as a non-profit art foundation, dedicated to Judd and his contemporaries. The permanent collection consists of large-scale works by Judd, sculptor John Chamberlain, light-artist Dan Flavin and select others, including David Rabinowitch, Roni Horn, Ilya Kabakov, Richard Long, Carl Andre and Claes Oldenburg and Coosje Van Bruggen. Judd's work in Marfa includes 15 outdoor works in concrete and 100 aluminum pieces housed in two painstakingly renovated artillery sheds.

Judd fathered two children, Flavin Starbuck and Rainer Yingling. He died in Manhattan of lymphoma in 1994.

In 2006, the Judd Foundation decided to auction off about 35 of his sculptures at Christie's in New York. The announced purpose of the sale was to build an endowment to support the permanent installation of Judd's works in Texas and New York. The $25 million in proceeds from the sale will enable the Foundation to fulfill its mission: in his will, Mr. Judd stated, such "works of art which I own at the time of my death as are installed at 101 Spring Street in New York City, or in Marfa, Tex., will be preserved where they are installed." 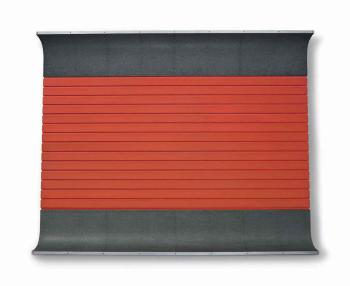 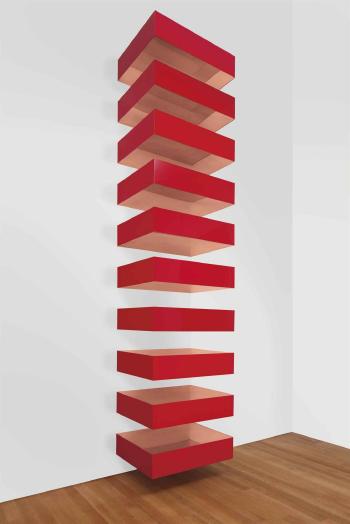 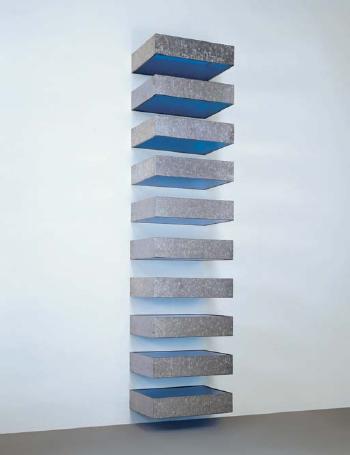 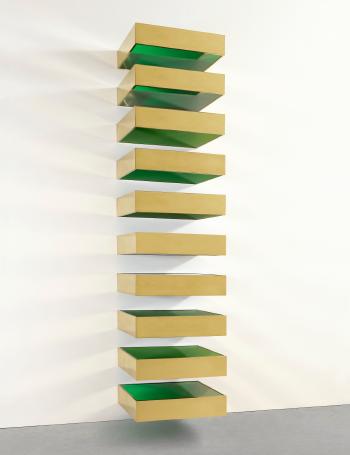 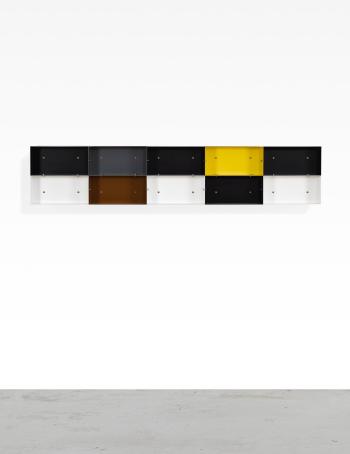 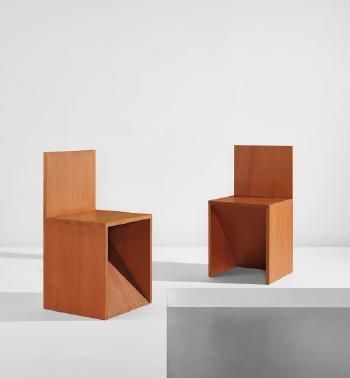 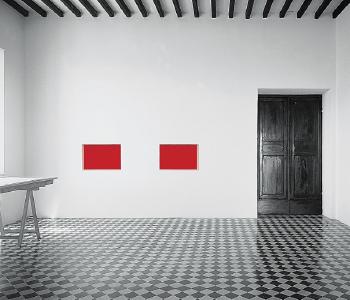 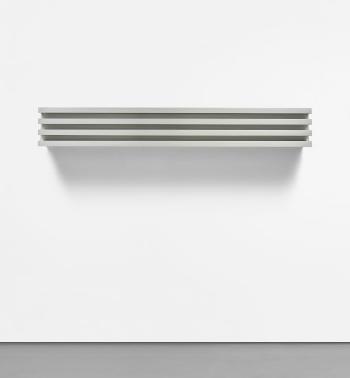 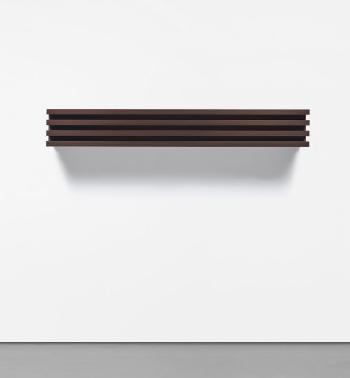 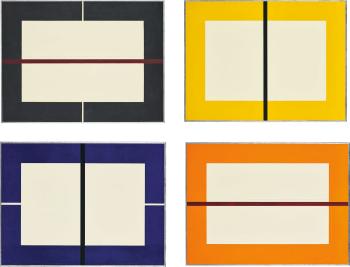 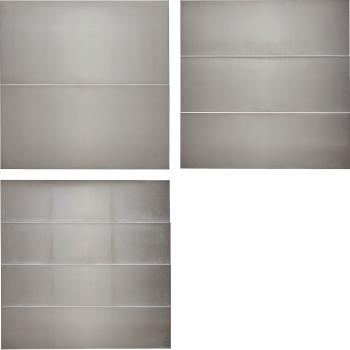 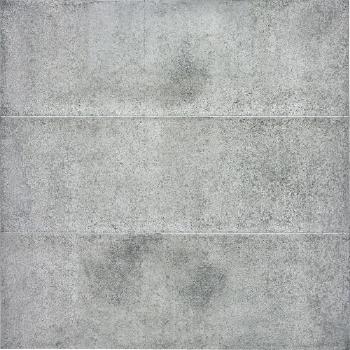 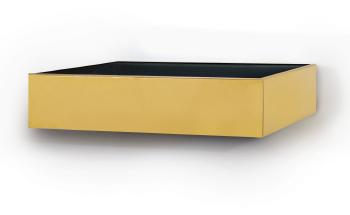